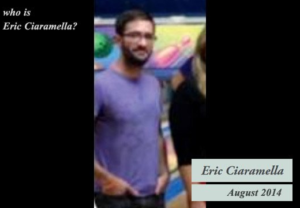 was an Obama HOLDOVER, within the National Security Council

Charles Kupchan is identified below and he has been suspected of being connected to the whistleblower as well. He was reportedly Ciaramella’s boss for a time.

Kupchan is a Henry A. Kissinger scholar at the Library of Congress and was a fellow at the Woodrow Wilson International Center for Scholars. During 2013–2014, he was a senior fellow at the Transatlantic Academy.

Then you have two former NSC aides to Schiff talking to another NSC whistleblower (Ciaramella) whom all three are Obama holdovers that also worked for Trump and Biden and are magically all involved in the Ukraine whistleblower event.

And apparently Ciaramello is in pretty tight with Victoria Nuland and crazy Kavalec, sending them a classified email while working for the NSC –

Victoria Nuland is the wife of Robert Kagen the co-founder of the pro-war Project for a New American Century.

They likewise involved many European actors like Stefan Halper, Alexander Downer (an Australian in London), Joseph Misfud and, of course, dossier author Christopher Steele.  Running such an operation on US soil leads to quite obvious legal problems.  As an Assistant Secretary of State for European Affairs, it would only seem logical that Nuland had firsthand knowledge of these events.

Also heavily involved is the Atlantic Council has one of it’s “fellows’ working inside Schiff’s office.

The Pilgrim’s Society  is more of the second to the conspiracy .. the Atlantic Council … appears to take orders from the Pilgrims. A Sample of names include.an elite membership of politicians, diplomats, businessmen, and writers who have included Henry Kissinger, Margaret Thatcher, Caspar Weinberger, Douglas Fairbanks Jr., Henry Luce, Lord Carrington, Alexander Haig, Paul Volcker, Thomas Kean, George Shultz, and Walter Cronkite among many others. Members of the immediate Royal Family, United States secretaries of state and United States ambassadors to the Court of St. James’s are customarily admitted to membership in the Society

Chanel Rio on OAN had a great piece detailing the “whistleblower” and leaker Eric Ciaramella and Adam Schiff. Both could be guilty of ‘seditious conspiracy to overthrow a sitting President’, which comes with no light penalty:

In January 2017, Eric Ciaramella was retained at the National Security Council in the Trump Administration.

Eric Ciaramella was even promoted as

Who DECIDED to retain Eric Ciaramella?

and even promoted him?

It was General H. R. McMaster,

as was the TRAITOR Dan Coats, Director of National Intelligence?

Save as PDF  My Authors

– John Brennan, Director of the CIA

The Schiff staffer, Thomas Eager, is also currently one of 19 fellows at the Atlantic Council’s Eurasia Congressional Fellowship,a Globalist program that “educates congressional staff on current events in the Eurasia region.