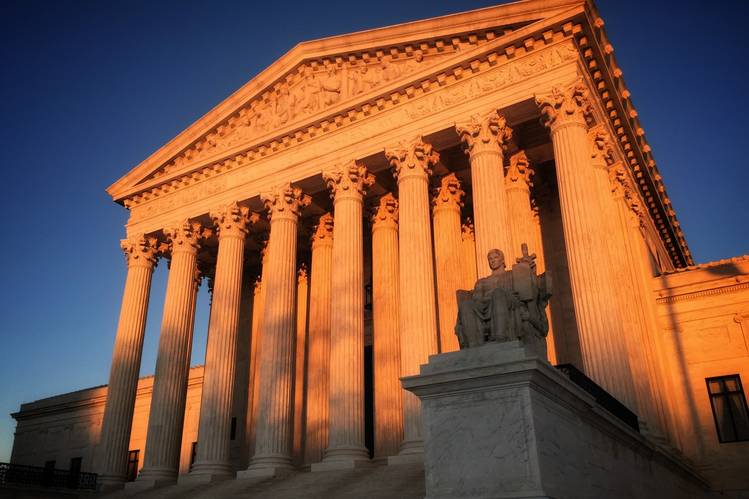 I was deeply honored to stand at the White House July 9 with my wife, Ashley, and my daughters, Margaret and Liza, to accept President Trump’s nomination to succeed my former boss and mentor, Justice Anthony Kennedy, on the Supreme Court. My mom, Martha—one of the first women to serve as a Maryland prosecutor and trial judge, and my inspiration to become a lawyer—sat in the audience with my dad, Ed.

That night, I told the American people who I am and what I believe. I talked about my 28-year career as a lawyer, almost all of which has been in public service. I talked about my 12 years as a judge on the U.S. Court of Appeals for the District of Columbia Circuit, often called the second most important court in the country, and my five years of service in the White House for President George W. Bush. I talked about my long record of advancing and promoting women, including as a judge—a majority of my 48 law clerks have been women—and as a longtime coach of girls’ basketball teams.

As Justice Kennedy showed us, a judge must be independent, not swayed by public pressure. Our independent judiciary is the crown jewel of our constitutional republic. The Supreme Court is the last line of defense for the separation of powers, and for the rights and liberties guaranteed by the Constitution.

The Supreme Court must never be viewed as a partisan institution. The justices do not sit on opposite sides of an aisle. They do not caucus in separate rooms. As I have said repeatedly, if confirmed to the court, I would be part of a team of nine, committed to deciding cases according to the Constitution and laws of the United States. I would always strive to be a team player.

During the confirmation process, I met with 65 senators and explained my approach to the law. I participated in more than 30 hours of hearings before the Senate Judiciary Committee, and I submitted written answers to nearly 1,300 additional questions. I was grateful for the opportunity.

After all those meetings and after my initial hearing concluded, I was subjected to wrongful and sometimes vicious allegations. My time in high school and college, more than 30 years ago, has been ridiculously distorted. My wife and daughters have faced vile and violent threats.

Against that backdrop, I testified before the Judiciary Committee last Thursday to defend my family, my good name and my lifetime of public service. My hearing testimony was forceful and passionate. That is because I forcefully and passionately denied the allegation against me. At times, my testimony—both in my opening statement and in response to questions—reflected my overwhelming frustration at being wrongly accused, without corroboration, of horrible conduct completely contrary to my record and character. My statement and answers also reflected my deep distress at the unfairness of how this allegation has bee

I was very emotional last Thursday, more so than I have ever been. I might have been too emotional at times. I know that my tone was sharp, and I said a few things I should not have said. I hope everyone can understand that I was there as a son, husband and dad. I testified with five people foremost in my mind: my mom, my dad, my wife, and most of all my daughters.

Going forward, you can count on me to be the same kind of judge and person I have been for my entire 28-year legal career: hardworking, even-keeled, open-minded, independent and dedicated to the Constitution and the public good. As a judge, I have always treated colleagues and litigants with the utmost respect. I have been known for my courtesy on and off the bench. I have not changed. I will continue to be the same kind of judge I have been for the last 12 years. And I will continue to contribute to our country as a coach, volunteer, and teacher. Every day I will try to be the best husband, dad, and friend I can be. I will remain optimistic, on the sunrise side of the mountain. I will continue to see the day that is coming, not the day that is gone.

I revere the Constitution. I believe that an independent and impartial judiciary is essential to our constitutional republic. If confirmed by the Senate to serve on the Supreme Court, I will keep an open mind in every case and always strive to preserve the Constitution of the United States and the American rule of law.

Judge Kavanaugh has been nominated as an associate justice of the U.S. Supreme Court.